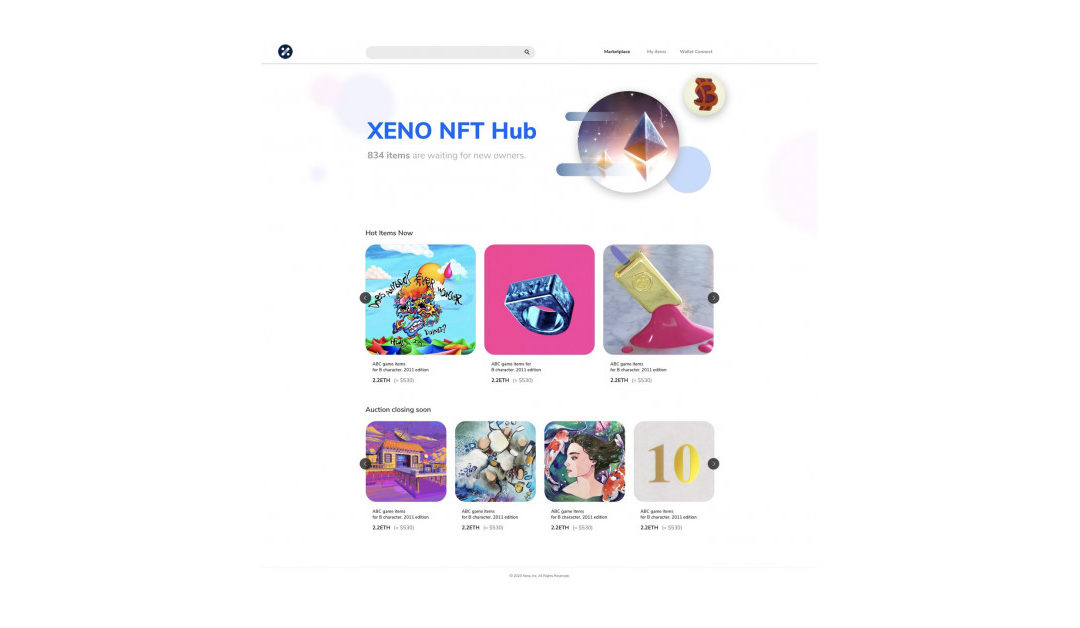 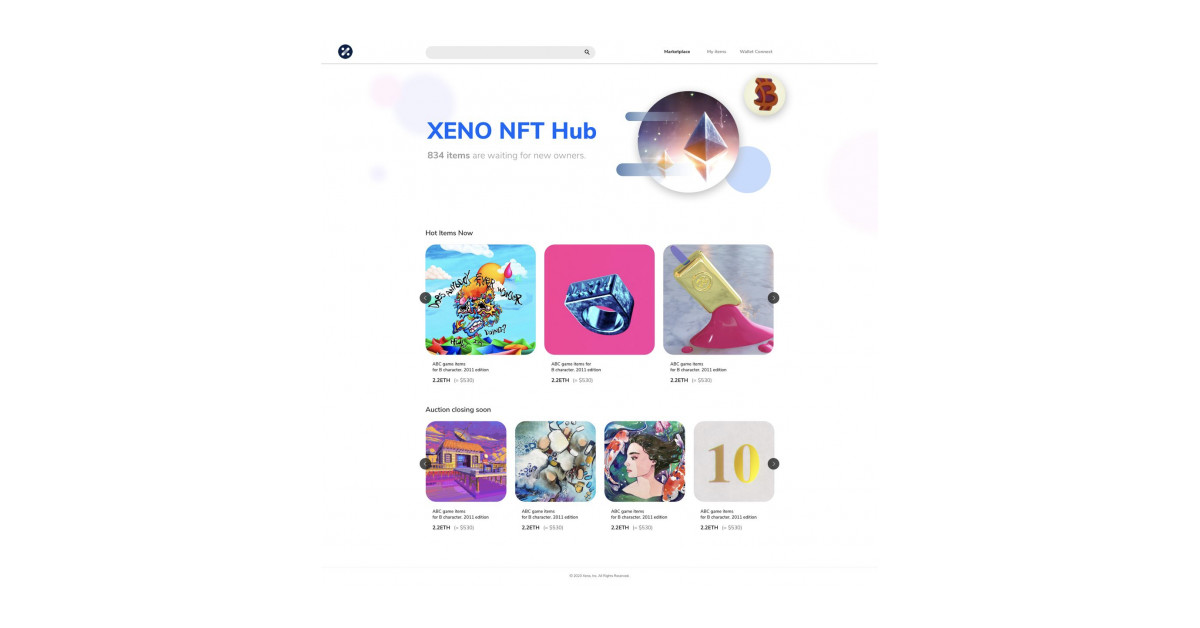 HONG KONG, December 18, 2020 (Newswire.com) – NFT (Non-fungible Token) is emerging as the biggest keyword in the blockchain industry in 2020. According to Nonfungible.com, the largest database platform of blockchain gaming & crypto collectible markets, the total number of NFT sales in October 2020 was 4.9 million and reached $1.3 billion in transactions. This is a figure which has increased by 57% compared to 2019. In such a promising market, XNO Holdings is accelerating the development of a differentiated NFT Marketplace, the XENO NFT Hub.

The XENO NFT Hub (https://xno.network) will provide a crypto-powered digital items and collectibles trading platform allowing users to create, buy, and sell NFTs traded against various crypto tokens as well as providing additional services such as auction listing, governance mechanisms, trade history tracking, user rating and more. The aim of XENO is to provide the best user trade experience in addition to efficient and secure NFT management for individuals and businesses alike.

“We strongly believe that blockchain and its application to NFT technology will change the landscape of ownership and digital rights in profound ways,” states Anthony Di Franco, the president of Xeno NFT Hub. Mr. Di Franco should know, he has been in the blockchain space for several years with a past history as the Chief Science Officer at Yosemite X Inc. where he conducted economic research and worked on core blockchain and NFT technologies.

One of XENO’s biggest differentiation from other existing NFT marketplaces is its focus on forging partnerships with well-established traditional businesses that want to bring their user bases into the digital era.

“We will initially focus partnership efforts and platform item curation in three primary areas: gaming, sports & entertainment, and collectibles. This does not mean we will prohibit other types of NFTs from our ecosystem, however, it simply means that XENO’s efforts as a company will be targeted into these verticals initially as a cohesive business approach,” mentions Gabby Dizon, NFT Development & Procurement Lead. Gabby himself is a former President of the Game Developers Association of the Philippines, and an active member of the Philippino startup community.​​

XENO’s other large differentiator is the fact that we are building a fully decentralized solution on its own parachain within the Polkadot ecosystem. This will allow XENO to scale easily, avoid transaction fees for much of its application’s actions, provide the community a direct voting voice in product direction, and provide a path to integrate with Ethereum, the rest of the Polkadot ecosystem, and beyond.

The XENO NFT HUB launched a closed beta of its marketplace in December 2020 with very positive feedback from the community and users. According to its roadmap, it aims to launch the XENO Marketplace Public Beta by June 2021.