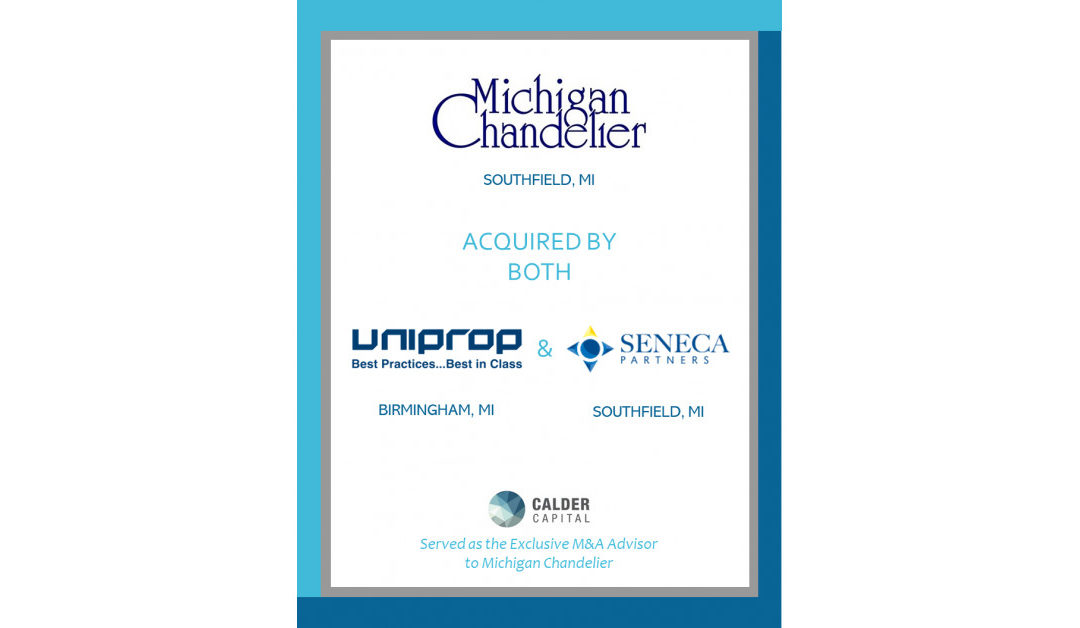 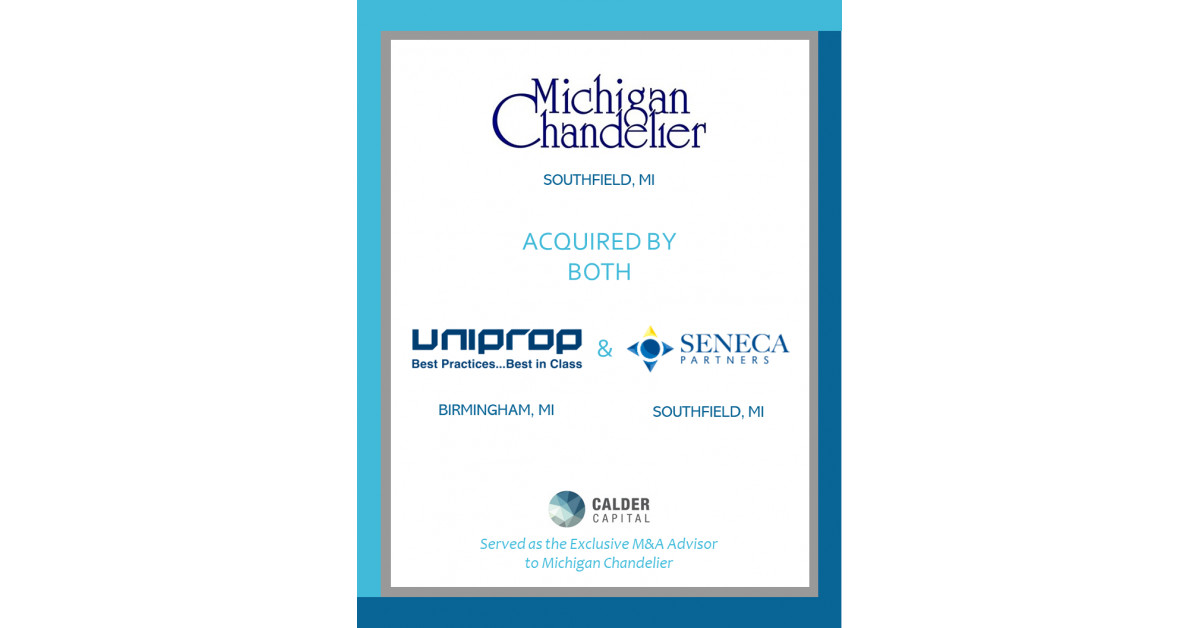 A lighting fixtures and electrical supplies company founded in 1913, Michigan Chandelier began in manufacturing and pivoted to distribution/retail during WWII when, out of necessity, all raw metals were focused on the war effort. Michigan Chandelier’s resilience and longstanding prosperity make it stand out among Michigan’s family-founded companies.

“This is what we’re all about at Uniprop,” said Roger Zlotoff, President of Uniprop, a family office, about the transaction. “Our vision is to invest in and grow outstanding companies like Michigan Chandelier.  We are very excited to be able to provide the operational support necessary to keep Michigan Chandelier a continued part of Southeast Michigan’s fabric.”

Ghazey Aleck, M&A Advisor at Calder Capital, served as Lead Advisor for Michigan Chandelier. “We couldn’t have been more pleased with Ghazey’s hard work, steady energy, and attention to detail,” commented Ed Berne on the acquisition. “We believe he’s found Michigan Chandelier excellent allies in the Uniprop and Seneca teams, and we’re thrilled to know that the Company’s legacy will continue to thrive.”

Mr. Aleck noted about the transaction, “I genuinely enjoyed working with Ken and Ed. They are men of integrity and that shines through in the efficient, disciplined, and profitable way that they operated Michigan Chandelier for so many decades. I couldn’t be more proud of how this transaction turned out. Uniprop and Seneca are the right fit for the future and I wish them the best of luck!”

The transaction marks a record 34 successful transactions for the Calder Capital team in 2020.

Michigan Chandelier has been serving Michigan since 1913 by providing quality lighting and electrical materials at competitive prices combined with the best service in the industry. For over a century, the Company has prospered through its commitment to reliability, honesty, and fair pricing, and by offering a comprehensive catalog of products.

Uniprop is a family office headquartered in Birmingham, Michigan that makes real estate and direct company investments. The acquisition of Michigan Chandelier will make for a mutually beneficial partnership.

Seneca Partners is one of the most productive independent sponsors in the US and the Michigan Chandelier transaction is Seneca’s fifth closed transaction in 2020.  Seneca and Uniprop have successfully partnered on several other transactions to date.