Meet Maurice Fadida, The Movie Producer at the Forefront of the Industry's Evolution 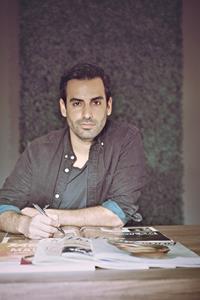 New York, USA, Nov. 04, 2020 (GLOBE NEWSWIRE) — Since the dawn of the film and television era, producers have had an integral role in bringing our favorite movies to life, but over the years the roles and responsibilities of a movie producer have changed fundamentally. Nowadays, producers come in endless forms, often straying from the studio-producer archetype that once stood as the standard model in the business. Fadida shares with Blum Gallery about his unconventional journey to becoming an increasingly rare success story in the independent film industry.Fadida’s film career has been defined by straying from the norm. He’s found success in taking advantage of the industry’s changing landscape from brick and mortar theatres to online streaming. As he takes in high praise from the October release of his latest film, The Trial of the Chicago 7, an Aaron Sorkin directed awards-worthy movie that already has Hollywood buzzing, Fadida recalls how it was originally slated for a nationwide theatrical release, but eventually sold to Netflix.Having previously worked with Will Smith’s international distributor, Telepool, to complete a slate of genre films, which yielded the number one Netflix hit John Henry, Fadida has taken a studio approach to independent filmmaking. While the majority of indie producers finance their projects one at a time, Fadida’s slate at Kodiak Pictures is comprised of projects that he has raised funding for in bulk. Typically, investors commit on a per-project basis. Fadida on the other hand, funds his independent films in a way that allows investors to put up a lump sum that is utilized across an entire slate of films, giving the investors a small piece of not just one, but all  films on the respective slate.“From previous investments, I’ve learned that funding a slate versus funding one movie is the most efficient way to minimize risk and maximize returns,” the producer says.Despite the seemingly humble stature of his independent production company, it would be a mistake to underestimate the company’s capabilities. As many of his projects fall under the category of indie filmmaking, Fadida stresses the importance of making his projects with the utmost efficiency to enhance the value of his budgets. However, he says efficient spending isn’t everything one needs to make a great movie. Working with filmmakers who are passionate about the stories they’re telling and also the processes by which they tell them is of the utmost importance, as well. That, coupled with Fadida’s proficient sensibilities, is what he believes will ultimately produce the best quality content at the best possible price. To Maurice, filmmaking is an art form and being good with money is not all one needs to produce a hit.
Unlike so many of the franchise sequels and remakes from major movie studios that flood the calendar every year, Fadida’s projects attempt to break this mold with new ideas and diverse filmmakers. His slate of films consists of fresh, diverse talent that tell new and interesting stories. Historically speaking, his projects have gained attention as a result of giving opportunities to up-and-coming talent, whether it be a young exciting writer or first-time director. With an unbridled passion for storytelling, the young producer seems to have found a niche in producing high-quality movies from cost-effective budgets that position the company for a higher rate of success.
“I believe that there are many interesting stories that can create real change that often go untold,” Fadida says. “With my projects, I’m constantly looking for fresh stories and new voices. And in doing this, I aim to bring a voice to the voiceless by telling the stories they want to tell.”