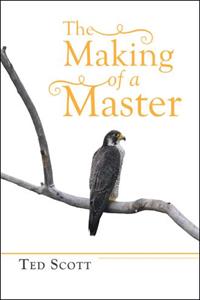 ROCKHAMPTON, Australia, Nov. 04, 2020 (GLOBE NEWSWIRE) — A unique blend of timeless wisdom set in the entertaining context of an adventure story, “The Making of a Master” (published by Balboa Press AU) by Ted Scott narrates the moral and spiritual development of a young man who has to endure hardship and privation on the way to gaining wisdom and insight. Qiang is a peasant farmer’s son and in his early years, he receives instruction from two Buddhist masters who come to him in different guises where he learns the basic tenets and practices of Buddhism. A great drought forces Qiang’s parents to flee the farm with him and his young sister. On their journey Qiang’s father, Chao, commits suicide, which leaves Qiang to guide his family. Fortunately the family is adopted by a regional governor, Ruan Xiu, on the basis that Qiang must serve the governor. The governor, a rather austere man aided by Buddhist adepts, sets Qiang a series of trials, which he finally completes to earn his own place as a master and the title Takygulpa Rinpoche. “The Making of a Master” is a parable demonstrating in an accessible way what are essentially timeless truths. The book contains important philosophical content embedded in an action story revolving around well-developed characters. When asked what he wants readers to take away from the story, Scott says, “A clearer understanding of how to attain personal serenity and fulfilment.” Visit https://www.balboapress.com/en-au/bookstore/bookdetails/810749-the-making-of-a-master to get a copy of the book. “The Making of a Master”By Ted ScottSoftcover | 6 x 9in | 402 pages | ISBN 9781504322584E-Book | 402 pages | ISBN 9781504322744Available at Amazon and Barnes & Noble About the AuthorTed Scott has an extensive background in management in the electricity industry. His career in that industry culminated with his appointment as the CEO of Stanwell Corporation. He received an Order of Australia in the General Division for his contribution to industry and in 2001was nominated as one of Australia’s top 30 business leaders. He has also served as chairman or director on numerous boards.  Since resigning his post in the electricity industry, he pursued a career as an executive coach helping more than 80 executives improve their skills. His principal interest is people and human behavior. As a result, he is well versed in psychology and spirituality. While Scott is not a Buddhist, he found some elements of Buddhist philosophy useful in engaging with his coaching clients on various aspects of spirituality, and consequently has read widely on Buddhism. He is the author of “Augustus Finds Serenity,” “Yu the Dragon Tamer,” “Froth and Goblets” and “The Myth of Nine to Five” (originally titled “Humanity at Work,” coauthored with Dr. Phil Harker).Balboa Press Australia is a division of Hay House, Inc., a leading provider in publishing products that specialise in self-help and the mind, body and spirit genre. Through an alliance with the worldwide self-publishing leader Author Solutions, LLC, authors benefit from the leadership of Hay House Publishing and the speed-to-market advantages of the Author Solutions self-publishing model. For more information or to start publishing today, visit balboapress.com.au/ or call 1-800-844-925.AttachmentCover_lMarketing Services
Balboa Press AU
1-800-844-925
pressreleases@balboapress.com