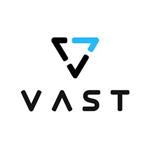 NEW YORK, Oct. 14, 2020 (GLOBE NEWSWIRE) — Goldman Sachs (NYSE:GS) is recognizing Renen Hallak, Founder and CEO of VAST Data as one of the 100 Most Intriguing Entrepreneurs of 2020 at its Builders + Innovators Summit.
Goldman Sachs selected Hallak as one of 100 entrepreneurs from multiple industries to be honored at the two-day event. Coming off an industry record in first year sales in 2019, Hallak spearheaded a $100M Series C round of funding at a $1.2B valuation and in the process, VAST became the fastest IT infrastructure company to reach a unicorn valuation in just 17 months after GA.“I’m humbled to receive this recognition alongside many innovative companies and entrepreneurs for the second year in a row,” said Hallak, Founder & CEO of VAST Data. “2020 is on track to be another record setting year for the company due in large part to the global adoption of our Universal storage platform and our incredibly talented team who continue to push the boundaries to make VAST an industry standard. It is a privilege to share this award with the entire VAST Data team, because without them none of this would be possible.”“True innovation is built from a diversity of perspectives and experiences,” said David M. Solomon, Chief Executive Officer of Goldman Sachs. “Our Builders + Innovators Summit brings together a collective of impressive future leaders who are striving to drive meaningful change. For over 150 years, Goldman Sachs has supported entrepreneurs as they launch and grow their businesses. That’s why we are pleased to recognize Renen Hallak as one of the most intriguing entrepreneurs of 2020.”In addition to honoring 100 entrepreneurs, the summit, which this year will take place virtually, consists of general sessions and clinics led by seasoned entrepreneurs, academics and business leaders as well as resident scholars.About VAST Data
Headquartered in New York City, VAST Data is a storage company bringing an end to complex storage tiering and HDD usage in the enterprise. VAST consolidates applications onto a highly scalable all-flash storage system to meet the performance needs of the most demanding workloads, while also redefining the economics of flash infrastructure to finally make it affordable enough to store all of your data on flash. Since its launch in February 2019, VAST has established itself as the fastest selling storage startup in history. VAST’s Universal Storage now powers several of the world’s leading data centric computing centers. For more information, please visit https://www.vastdata.com and follow VAST Data on Twitter and LinkedIn.Media Contact
Highwire PR for VAST Data
vastdata@highwirepr.com