New Christmas Cookbook by Former Swiss Guard and Chef to the Famous David Geisser Slated to Be Released Oct. 15 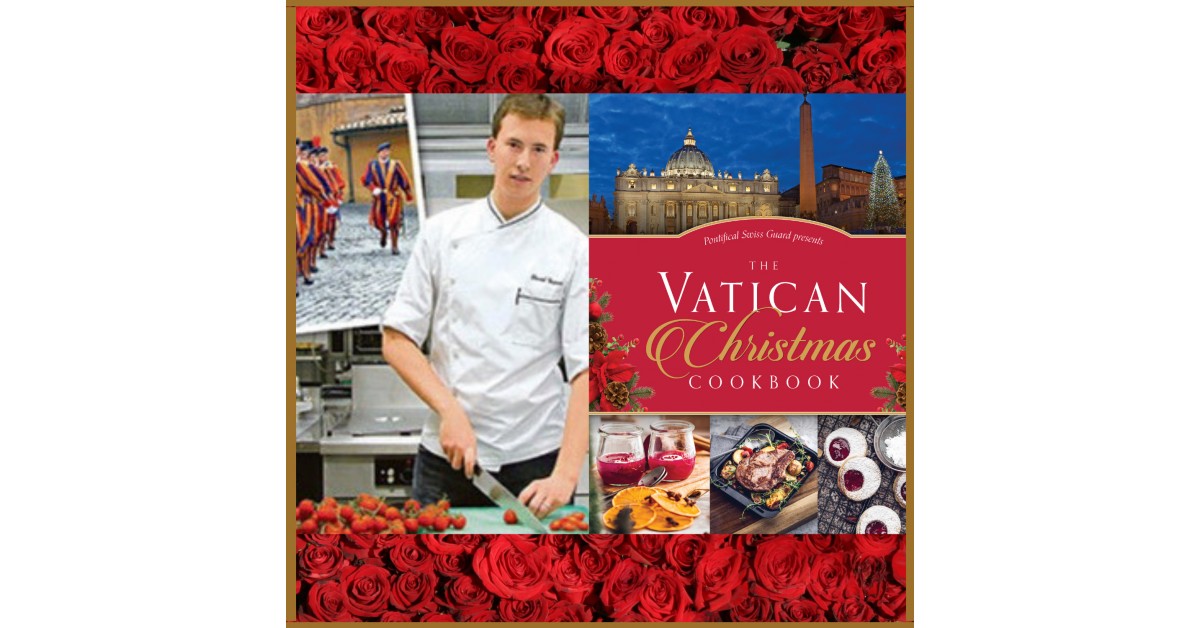 LOS ANGELES, September 25, 2020 (Newswire.com) – The holidays will soon be upon us, and who better to bring us the savory tastes to go along with the season than the chef who famously cooked in the Vatican for popes, prelates and world celebrities! Delivering modern fare backed by hundreds of years of tradition, anyone looking to up the holiday cooking this year must be treated to The Vatican Christmas Cookbook.

The Vatican Christmas Cookbook, a new cookbook by former Swiss Guard and acclaimed chef David Geisser, is a sequel to his bestselling The Vatican Cookbook, a media favorite celebrated by People Magazine to Food & Wine and well-summarized by NPR: “it’s hard not to be enchanted by the book’s charming earnestness — more of a community cookbook sensibility.” Continuing in that same spirit — and now focused on holiday festivities — the new cookbook features more than 100 original recipes that have been prepared and served at the Vatican during Christmas for over 1,000 years, resulting in the perfect kitchen companion for the upcoming winter months.

The Vatican Christmas Cookbook is compiled by Geisser and includes delicacies “from simple to sublime, everyday staples to holiday feasts.” Slated to be released Oct. 15, the collection contains unique mouthwatering dishes for the entire season. Covering a spectrum of elegant, gourmet recipes from those “well-served in the haute cuisine manner” to the “effortless and satisfying,” readers are assured of an ease of preparation, especially in difficult times or complicated circumstances, as are so prevalent today. The recipes are adorned in exclusive, glorious images of life and art at the Vatican.

David Geisser is a 29-year-old soldier from Zurich, originally trained as a professional chef. A former Swiss Guard, Geisser has had the honor of cooking for those in need as well as popes and notable figures of the day. Gaining accolades from his David Geisser Cooking HQ and TV Studio in Zurich and with his national TV show having just been renewed for another season, David is now one of the leading chefs in Switzerland and throughout Europe. A spokesman for supermarkets and other chains, with his own product line, not unlike many celebrated chefs in the media, David won the prestigious GIA Influencer Award for Food in 2020.