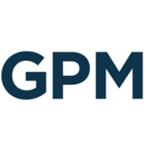 LOS ANGELES, Sept. 23, 2020 (GLOBE NEWSWIRE) — Glancy Prongay & Murray LLP (“GPM”) reminds investors of the upcoming October 13, 2020 deadline to file a lead plaintiff motion in the class action filed on behalf of investors who purchased Eastman Kodak Company (“Kodak” or “the Company”) (NYSE: KODK) securities between July 27, 2020, and August 11, 2020, inclusive (the “Class Period”).
If you suffered a loss on your Kodak investments or would like to inquire about potentially pursuing claims to recover your loss under the federal securities laws, you can submit your contact information at https://www.glancylaw.com/cases/eastman-kodak-company/. You can also contact Charles H. Linehan, of GPM at 310-201-9150, Toll-Free at 888-773-9224, or via email at shareholders@glancylaw.com to learn more about your rights.On July 27, 2020, Kodak issued a statement to media outlets based in Rochester, New York, where it is headquartered, on the imminent public announcement of a “new manufacturing initiative” involving the U.S. International Development Finance Corporation (“DFC”) and the response to COVID-19. Following media publication of Kodak’s initial statement about the deal, the Company claimed this information was released inadvertently.On July 28, 2020, media reported that Company had won a $765 million government loan from the DFC under the Defense Production Act (“DPA”) to produce pharmaceutical materials, including ingredients for COVID-19 drugs.On August 1, 2020, Reuters reported new details of an “unusual” 1.75 million option grant to Kodak’s Chief Executive Officer, Jim Continenza, which “occurred because of an understanding” between Continenza and Kodak’s Board of Directors “that had previously neither been listed in his employment contract nor made public.”On this news, Kodak’s shares fell $6.91 per share, or 32%, to close at $14.94 per share on August 3, 2020, thereby injuring investors.Over the next several days, several articles reported the Congressional and regulatory scrutiny regarding the option grants and the DFC loan.On August 7, 2020, after the market closed, the DFC announced, “On July 28, we signed a Letter of Interest with Eastman Kodak. Recent allegations of wrongdoing raise serious concerns. We will not proceed any further unless these allegations are cleared.”On this news, the Company’s stock price declined $4.15, or 28%, to close at $10.73 per share on August 10, 2020, thereby injuring investors further.The complaint filed in this class action alleges that throughout the Class Period, Defendants made materially false and/or misleading statements, as well as failed to disclose material adverse facts about the Company’s business, operations, and prospects. Specifically, Defendants failed to disclose to investors that the Company had granted its Executive Chairman, James Continenza, and several other Company insiders millions of dollars’ worth of stock options immediately prior to the Company publicly disclosing that it had received the $765 million loan, which Defendants knew would cause Kodak’s stock to immediately increase in value once the deal was announced. In addition, while in possession of this material non-public information, Continenza and other Company insiders purchased tens of thousands of the Company’s shares immediately prior to the announcement, again at prices that they knew would increase exponentially once news of the loan became public.Follow us for updates on LinkedIn, Twitter, or Facebook.If you purchased or otherwise acquired Kodak securities during the Class Period, you may move the Court no later than October 13, 2020 to request appointment as lead plaintiff in this putative class action lawsuit. To be a member of the class action you need not take any action at this time; you may retain counsel of your choice or take no action and remain an absent member of the class action. If you wish to learn more about this class action, or if you have any questions concerning this announcement or your rights or interests with respect to the pending class action lawsuit, please contact Charles Linehan, Esquire, of GPM, 1925 Century Park East, Suite 2100, Los Angeles, California 90067 at 310-201-9150, Toll-Free at 888-773-9224, by email to shareholders@glancylaw.com, or visit our website at www.glancylaw.com. If you inquire by email please include your mailing address, telephone number and number of shares purchased.This press release may be considered Attorney Advertising in some jurisdictions under the applicable law and ethical rules.Contacts
Glancy Prongay & Murray LLP, Los Angeles
Charles Linehan, 310-201-9150 or 888-773-9224
shareholders@glancylaw.com
www.glancylaw.com