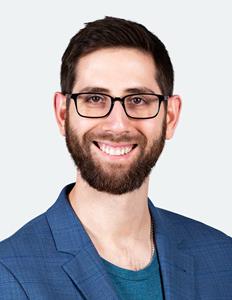 CLEVELAND, Sept. 10, 2020 (GLOBE NEWSWIRE) — Cleveland-based Splash Financial is named as the proud student loan refinancing partner of the Cleveland Browns for 2020 season. Splash Financial is a leading student loan refinancing marketplace and technology platform that partners with credit unions and banks to deliver on its mission: to help people save money on their student loans.“We’re proud of the winning team we’ve built and the impact we’re making both in Northeast Ohio and nationwide,” says Muszynski, whose company has already hired more than 40 people from Northeast Ohio in 2020 alone. “We’re also proud of our partnership with the Cleveland Browns, as it’s an opportunity to not only share our support for our home team but also keep fans in the know about ways they can save thousands on their student loans.”  Splash was founded in 2013 after Muszynski watched his friends and family feel overwhelmed with student loan debt, and how it was preventing them from realizing their dreams. “Seven years later, we have fostered a team that has risen to help tens of thousands of people all over the country, from all walks of life save money and consolidate debt,” he says. “With more than $9 billion in refinancing requests, Splash has become a leading destination to research, find and secure student loan savings.” As further evidence of the company’s growth and impact, Splash Financial was selected from a pool of 16,000 companies worldwide to be named to the 2020 CB Insights Fintech 250, a prestigious list of the fastest-growing fintech startups working on groundbreaking financial technology. Splash Financial’s partnership with the Cleveland Browns is part of plan to proactively seek collaborations in Cleveland and showcase the simplicity and benefits of refinancing student loans. As one of the national leaders in student loan refinancing, Splash continues to innovate and grow exponentially providing solutions to its customers. Splash Financial is a leading student loans refinancing marketplace and technology platform that partners with financial institutions to help consumers save money on their student loans. With over 100,000 accounts and over $9 billion in refinancing requests, Splash is one of the national leaders in refinancing student loans.A member of the National Football League’s AFC North division, the Cleveland Browns have long been among the most iconic and historic professional football clubs. Bolstered by eight league titles, 13 division championships and 16 Pro Football Hall of Famers, the Browns were established in 1945 as a charter team of the All-America Football Conference (AAFC). The Browns played their inaugural season in 1946 and finished in first place during each of the league’s four years of existence (1946-49). Cleveland was one of three AAFC teams selected to merge with the NFL in 1950 and appeared in the league’s title game in each of its first seven seasons, claiming three of its four NFL championships overall (1950; 1954-55; 1964) during that stretch. The Browns’ 16 Pro Football Hall of Famers, the sixth-most in the NFL, include founder Paul Brown, legends Jim Brown, Otto Graham and Lou Groza, as well as Marion Motley and Bill Willis, two of the first African-Americans who helped break professional sports’ race barrier in 1946. After a relocation to Baltimore in 1995, Cleveland was awarded an expansion franchise that returned to play in 1999, retaining all of the club’s history and its namesake. In 2012, Dee and Jimmy Haslam, CEO of Pilot Flying J, purchased a controlling interest of the Cleveland Browns. Their vision for the Browns is to build a consistently winning football team, to take exceptional care of Browns fans and to be leaders in the Northeast Ohio community through the core areas of education, youth football the team’s signature First and Ten volunteering movement. The Browns, led by Head Coach Kevin Stefanski and Executive Vice President of Football Operations and General Manager Andrew Berry, play their home games at FirstEnergy Stadium in Downtown Cleveland.AttachmentsSteve_Muszynski_Splash Financial_CEOBrowns_and_Splash_Partnership_LogosHelen Wang
Splash Financial
206-612-0620
hwang@splashfinancial.com