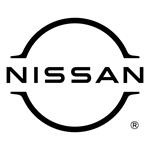 For the first time, Nissan to air “Heisman House” spots during professional football broadcastsNissan brings its celebrated “Heisman House” back for 10th season
The automaker creatively filmed the “It’s a Heisman thing” campaign following strict social-distancing guidelinesNissan stays ready to adjust marketing strategy to everchanging realitiesNASHVILLE, Tenn., Sept. 10, 2020 (GLOBE NEWSWIRE) — For the first time, Nissan is bringing its popular “Heisman House” to college and professional football, one of several new twists as the campaign returns for its 10th season of star-studded shenanigans. Filmed under strict social-distancing guidelines, the Heisman House spots star eight Heisman Trophy winners including Tim Tebow, Kyler Murray, Charles Woodson and Lamar Jackson and feature the all-new 2021 Rogue alongside the Nissan Sentra, refreshed TITAN and Kicks.“Over the past six months, Nissan has pivoted multiple times to adjust to new realities, and that agility has enabled us to come up with new and entertaining ways to reach our audiences,” said Allyson Witherspoon, vice president, Marketing Communications and Media, Nissan North America. “Case in point: the ‘It’s a Heisman thing’ campaign.“While there’s no doubt that the 2020 college football season will look different, the humor, camaraderie and excitement of the Nissan Heisman House remain relevant, perhaps even more so during this time when audiences are craving some semblance of normalcy.”The first two spots, “It’s Heisman Time” and “Bird-watching,” begin airing on September 12. And to ensure a wide reach for the Heisman House spots, Nissan is complementing its ad dollars with placements during professional football broadcasts beginning September 14.“With less college football this year and six of the eight Heisman winners starring in the Nissan Heisman House spots currently playing professional football, it’s a natural redirection,” Witherspoon said.The campaign brings former Heisman Trophy winners together under one roof where they rib each other incessantly and individually prep for the season they’ve all been waiting for to get underway. Other Heisman Trophy winners featured in the campaign are Marcus Mariota, Baker Mayfield, Derrick Henry and Mark Ingram. Making its TV debut is the all-new 2021 Nissan Rogue, which has all the technology, capability and functionality to make life easier for today’s families.With its agency partner, TBWAChiatDay New York, Nissan was diligent about taking safety precautions and enforcing social distancing among cast and crew on the Heisman House set, making for a shoot unlike any other. In scenes that made it difficult for the Heisman stars to socially distance, the crew filmed them individually on a green screen piecing the segments together in post-production.In the spot titled “Anticipation,” Tebow is driving the Rogue, Nissan’s best-selling model in the industry’s largest segment, with Murray riding shotgun. The two filmed their portions of the spot separately, each addressing their lines to a tennis ball.The spots will run on TV across ESPN, ABC, FOX and CBS. More content will be available on Nissan’s and ESPN’s digital channels including a 3D experience at the Virtual Heisman House as well as behind-the-scenes footage and bloopers from the shoot.Looking forward, Nissan says college and professional sporting events will remain a cornerstone of its marketing strategy.“College sports is the largest area of Nissan’s annual media spend, and we’re committed to sharing in the excitement with customers through content they love to watch,” Witherspoon said. “Come what may, we’ll adjust and innovate as we always do.”For more information about our products, services and commitment to sustainable mobility, visit nissanusa.com. You can also follow us on Facebook, Instagram, Twitter and LinkedIn and see all our latest videos on YouTube.About Nissan North America
In North America, Nissan’s operations include automotive styling, engineering, consumer and corporate financing, sales and marketing, distribution, and manufacturing. Nissan is dedicated to improving the environment under the Nissan Green Program and has been recognized annually by the U.S. Environmental Protection Agency as an ENERGY STAR® Partner of the Year since 2010. More information on Nissan in North America and the complete line of Nissan and INFINITI vehicles can be found online at www.nissanusa.com and www.infinitiusa.com, or visit the U.S. media sites nissannews.com and infinitinews.com.About ESPN
ESPN, the world’s leading sports entertainment company, features more than 50 assets – eight U.S. television networks, direct-to-consumer ESPN+, ESPN Radio, ESPN.com, ESPN International, ESPN The Magazine and more. ESPN is 80 percent owned by ABC, Inc. (an indirect subsidiary of The Walt Disney Company) and 20 percent by Hearst.About the Heisman Trophy Trust
The Heisman Memorial Trophy annually recognizes the outstanding college football player in the United States. Winners epitomize great ability combined with diligence, perseverance, and hard work. The Heisman Trophy Trust ensures the continuation and integrity of this award. The Trust, furthermore, has a charitable mission to support amateur athletes and to provide greater opportunities to the youth of our country. Our goal through these charitable endeavors is for The Heisman Trophy to symbolize the fostering of a sense of community responsibility and service to our youth, especially those disadvantaged or with special needs.Media ContactVanessa Bohlscheid
Corporate Communications, Nissan Group of North America
646-496-2791
Vanessa.bohlscheid@nissan-usa.comA photo accompanying this announcement is available at https://www.globenewswire.com/NewsRoom/AttachmentNg/52e1a3f2-047d-4b60-ab4d-ebf003c1bfc5