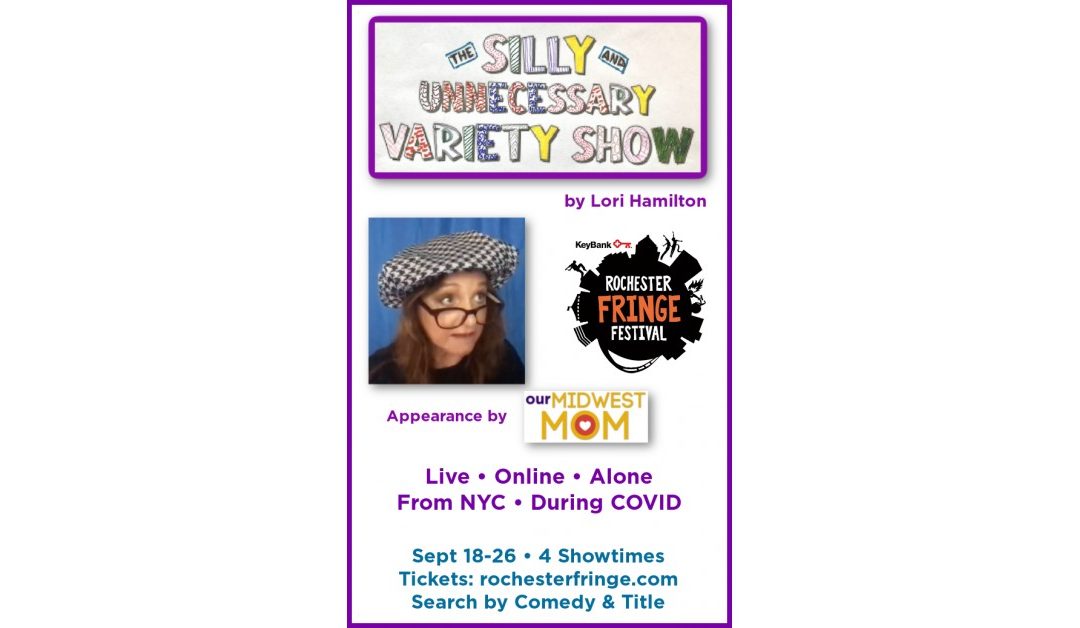 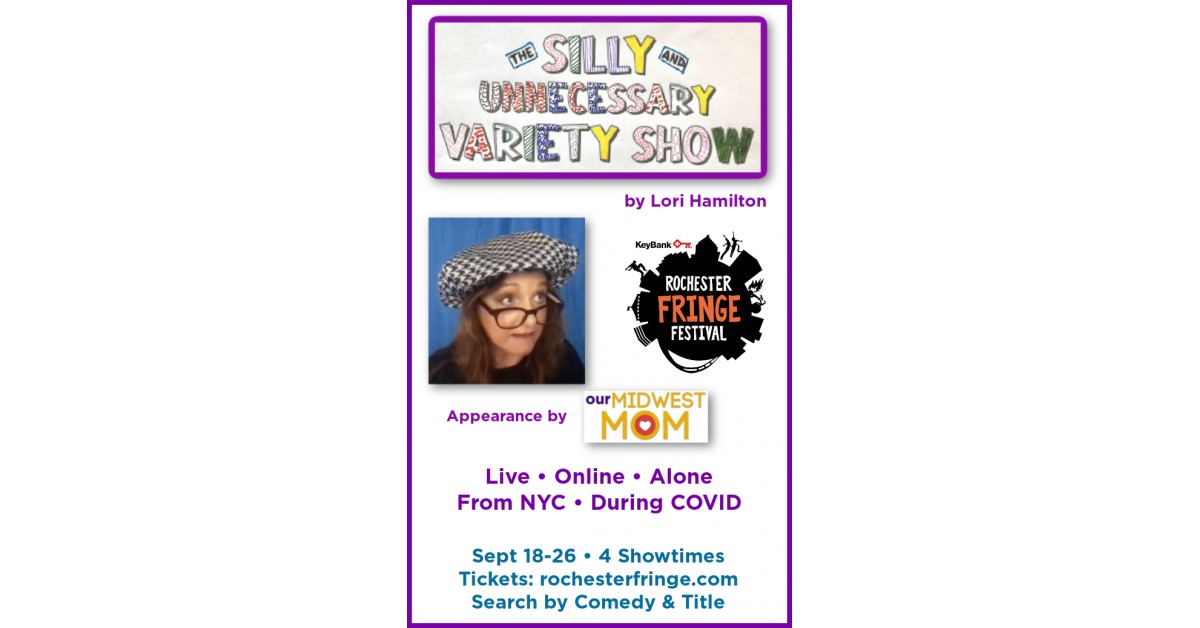 The Chicago Reader, Atlanta-Journal Constitution, Seattle Weekly, and Go-Go Denver have all hailed Hamilton as a “brilliant up-and-coming comedian with artistic vision.” Chris Coleman, Artistic Director, Denver Center for the Performing Arts, said, “Lori Hamilton is nuts! Her work is hilarious and surprising and wonderfully human in its zaniness.” Sean Daniels, Artistic Director, Arizona Theater Company says, “you might be able to spell comedy without Lori Hamilton, but you really shouldn’t.”

Fresh off a run at the 2020 Edinburgh Fringe Festival Online, Hamilton said, “I’m so excited to be doing a live show for the Rochester Fringe. It will be great to take audience questions!” Putting together a show during COVID-19 has been a “fun challenge,” Hamilton says. She looks forward to using her improv skills, singing and filming a show all by herself – with a lot of props – in the comfort of her New York apartment.

​Lori grew up just outside of Northern California and attended UCLA, and studied Linguistics and Modern British Drama. She studied Opera at The Juilliard School, New England Conservatory and Mannes College of Music. After singing with the Boston Symphony and the Atlanta Opera, she went on to do comedy, writing, and performing. Lori has written and produced over 150 short films and created and performed four one-woman shows, including a much-lauded tour with the National New Play Festival in the US. Her talents have earned 39 awards for creative, writing, and 5 Best of Shows. Her cats didn’t help at all but take credit for providing with her constant, much-needed supervision. Learn more at  TheLoriHamilton.com.

Since its debut in 2012, the KeyBank Rochester Fringe Festival has become one of the most successful fringe festivals in the U.S., as well as the largest multi-arts festival in New York State. The 2019 Fringe attracted 100,000 people for over 665 performances and events – of which 219 were free of charge – in 25+ venues. Due to COVID-19, 2020’s festival will be virtual. It will feature an open-access portion submitted by artists, as well as some safely enjoyed headline shows curated by the Fringe. The non-profit’s overarching mission is to provide a platform for artists to share their ideas, develop their skills, and make arts readily accessible to audiences, while also stimulating downtown Rochester.