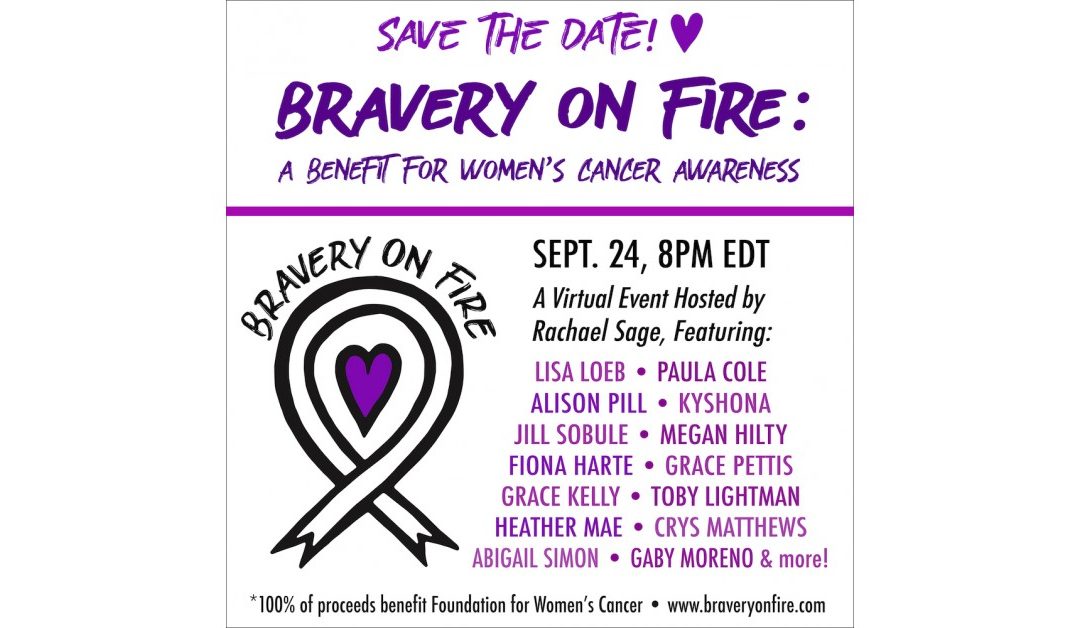 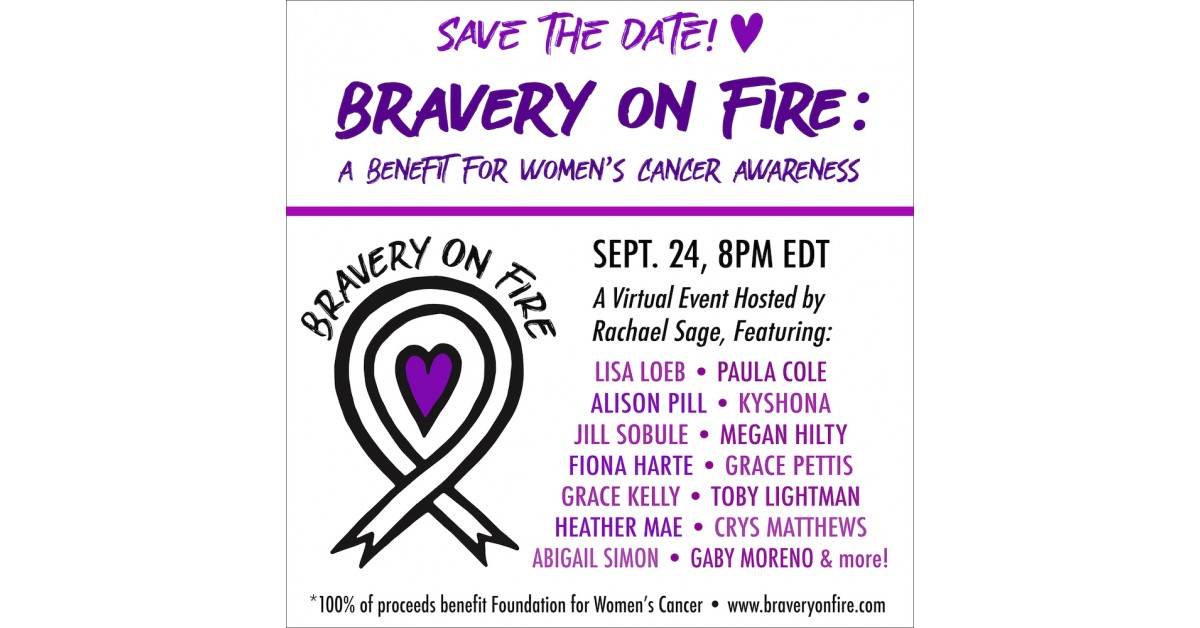 September is Gynecologic Cancer Awareness Month, and Sage – who is in remission from uterine cancer – felt it was more important than ever to shine a light on these cancers that affect so many women but receive relatively little public attention or research funding. Sage explains, “Every five minutes we lose a woman to gynecological cancer, and it concerns me that women and their loved ones are often embarrassed to even discuss it. Before my diagnosis, I was completely uninformed about how wide-reaching these cancers are, across all demographics and worldwide.” Via this event Sage hopes to bring awareness to Women’s Cancer as a whole, specifically highlighting prevention, early detection, and research.

The livestream itself will be overseen by Grammy® & Emmy-winning music and television production company StreamTheory, and livestreamed from braveryonfire.com as well as via Facebook Live and YouTube.