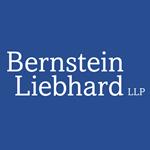 NEW YORK, Sept. 09, 2020 (GLOBE NEWSWIRE) — Bernstein Liebhard, a nationally acclaimed investor rights law firm, reminds investors of the deadline to file a lead plaintiff motion in a securities class action that has been filed on behalf of investors that purchased or acquired the securities of Insperity Inc., (“Insperity” or the “Company”) (NYSE: NSP) between February 11, 2019, and February 11, 2020 (the “Class Period”). The lawsuit filed in the United States District Court for the Southern District of New York alleges violations of the Securities Exchange Act of 1934.
If you purchased Insperity securities, and/or would like to discuss your legal rights and options please visit Insperity Shareholder Lawsuit or contact Matthew E. Guarnero toll free at (877) 779-1414 or MGuarnero@bernlieb.com.The Complaint alleges that throughout the Class Period, Defendants made materially false and misleading statements regarding the Company’s business, operations and prospects. Specifically, Defendants made false and/or misleading statements and/or failed to disclose: (i) the Company had failed to negotiate appropriate rates with its customers for employee benefit plans and did not adequately disclose the risk of large medical claims from these plans; (ii) Insperity was experiencing an adverse trend of large medical claims; (iii) as a mitigating measure, the Company would be forced to increase the cost of its employee benefit plans, causing stunted customer growth and reduced customer retention; and (iv) the foregoing issues were reasonably likely to, and would, materially impact Insperity’s financial results. The truth about Insperity’s deceptive business practices was revealed through a series of disclosures.First, on July 29, 2019, Insperity released its second quarter 2019 financial results.  Despite delivering year-over-year growth and meeting analysts’ estimates, the Company offered disappointing third quarter 2019 and reduced its full-year 2019 guidance. The Defendants also revealed that Insperity had experienced an increase in large medical claim costs. On this news, Insperity shares fell $35.74 per share, or 25 percent.Second, on November 4, 2019, Insperity released its third quarter 2019 financial results, which substantially missed analysts’ estimates and were materially down year-over-year.  On this news, Insperity shares fell by $36.29 per share, or 34 percent.Finally, on February 11, 2020, after the close of trading, Insperity released its fourth quarter and full-year 2019 financial results.  Insperity revealed that large medical claims had impacted the company significantly increasing operational costs.  Further, the Company stated that it had restructured its contract with UnitedHealthcare to no longer have financial responsibility for any medical claims over $1 million.  On this news, Insperity’s shares declined $17.44 per share, or over 20 percent.If you wish to serve as lead plaintiff, you must move the Court no later than September 21, 2020. A lead plaintiff is a representative party acting on behalf of other class members in directing the litigation. Your ability to share in any recovery doesn’t require that you serve as lead plaintiff. If you choose to take no action, you may remain an absent class member.If you purchased Insperity securities, and/or would like to discuss your legal rights and options please visit https://www.bernlieb.com/cases/insperityinc-nsp-shareholder-class-action-lawsuit-stock-fraud-285/apply/ or contact Matthew E. Guarnero toll free at (877) 779-1414 or MGuarnero@bernlieb.com.Since 1993, Bernstein Liebhard LLP has recovered over $3.5 billion for its clients. In addition to representing individual investors, the Firm has been retained by some of the largest public and private pension funds in the country to monitor their assets and pursue litigation on their behalf. As a result of its success litigating hundreds of lawsuits and class actions, the Firm has been named to The National Law Journal’s “Plaintiffs’ Hot List” thirteen times and listed in The Legal 500 for ten consecutive years.ATTORNEY ADVERTISING. © 2020 Bernstein Liebhard LLP. The law firm responsible for this advertisement is Bernstein Liebhard LLP, 10 East 40th Street, New York, New York 10016, (212) 779-1414. The lawyer responsible for this advertisement in the State of Connecticut is Michael S. Bigin.  Prior results do not guarantee or predict a similar outcome with respect to any future matter.Contact Information
Matthew E. Guarnero
Bernstein Liebhard LLP
https://www.bernlieb.com
(877) 779-1414
MGuarnero@bernlieb.com