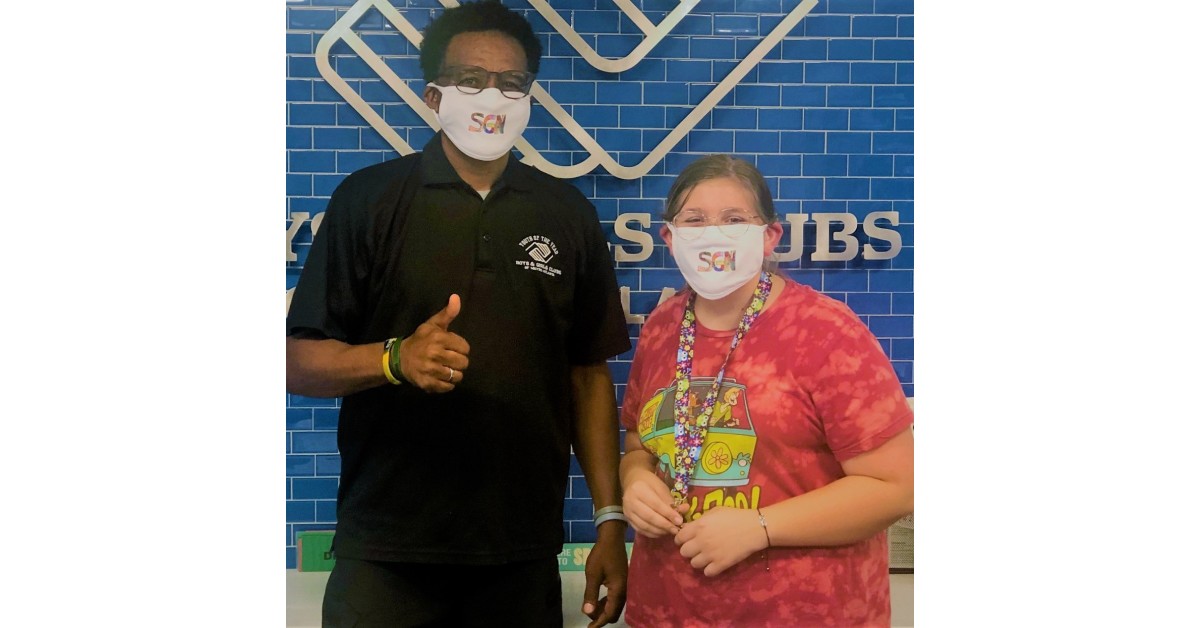 ATLANTA, September 9, 2020 (Newswire.com) – It was a Marvelous Monday, Aug. 17, 2020, when several sites of the Boys and Girls Clubs of Metro Atlanta began to reopen. The national nonprofit Boys and Girls Clubs of America (BGCA) has as its mission to “enable all young people, especially those who need us most, to reach their full potential as productive, caring, responsible citizens.” With some schools closing and economic hardship visiting many families during the COVID-19 crisis, the number of those in need has perhaps never been more pressing. This week, a donation from the SGN community has helped BGCA to meet that need.

Donations were made to The SGN Store through purchases of Some Good Merch. The store, created by Some Good News (its first season hosted by John Krasinski), is managed by Sevenly.org, which donates all proceeds to organizations including BGCA. Through 2020, these donations are matched by The Starbucks Foundation for COVID-19 relief efforts – up to $1 million of SGN Store donations. The partnership between SGN and The Starbucks Foundation is coordinated by 5th Element Group and provides funding and in-kind donations to several national nonprofits.

“We’re so blessed to help connect The SGN Community and the amazing people at The Starbucks Foundation with the heroes at Boys and Girls Clubs of America,” said Ed Martin, Chief Omniwin Officer at 5th Element.

One such hero is Rory Johnson, Executive Director of the Club in Lawrenceville, a suburb northeast of downtown Atlanta.

For Johnson, every day is filled with joy – Marvelous Mondays, Terrific Tuesdays, Wonderful Wednesdays, Thankful Thursdays. He models joy to his Club members, many of whom have attended for years, the Club becoming like a home and Johnson like a father. When in mid-March the schools in Gwinnett County began closing, the area Clubs, including Lawrenceville, followed suit. It was a long five months that followed. “We missed our children,” said Johnson. “And they missed us.”

To know what it means to have the Clubs reopen, just ask the members. Take Abigail, who was “really sad and devastated” to see the Lawrenceville Club close, where she’d attended from 2nd grade all the way to her current 7th grade. Abigail is a multi-talented young woman, who loves to sing, dance, and take pictures. “I’m really, really looking forward to seeing the Club bloom and blossom back into what it was before the whole COVID situation,” said Abigail, “because it was, honestly, amazing.”

It will be another Marvelous Monday when the Boys and Girls Clubs return to full strength nationwide, and donations like the one made by the SGN community help them get there. “Along with many other charity groups and nonprofits, BGCMA expects to see significant funding shortfalls due to the unanticipated costs associated with the COVID-19 pandemic,” said Martin, “so making donations like these is more critical now than ever.”