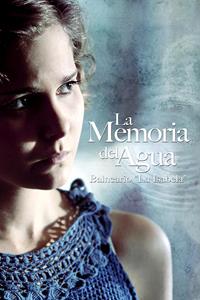 West Palm Beach, Sept. 03, 2020 (GLOBE NEWSWIRE) — Tele N, the television network that showcases the best selection of classic Mexican movies as well as the most popular telenovelas and series from around the world, premieres two short tv series from Spain about what happens when a family reputation is challenged by past secrets as La Memoria del Agua (The Memory of Water) and Habitaciones Cerradas (Closed Rooms). La Memoria del Agua (The Memory of Water) is a two-episodes tv series sets in the 1920’s when a woman is entrusted with the responsibility of managing Isabela Spa, her family’s resort. The favorite pleasure place for the Spanish and European high class. Converted in a psychiatric hospital over the years, the walls of the old bath resort held for decades some secrets which are nowadays submerged under the waters of her family’s reservoir.Habitaciones Cerradas (Closed Rooms) is a two-episodes tv series about the work and fame of a Spaniard painter from the 1900’s which name is still well-known internationally and his talent remains undisputed today. The discovery, eighty years after his death, of a corpse entombed in a tiny room hidden behind a fresco in the artist’s former residence, sets off all the alarms. His granddaughter will take on the task of disinterring his secret past.Tele N is owned and operated by Olympusat, Inc., and it’s currently available nationwide on most cable providers.For more information on Tele N’s programming, including tune in dates and times, please visit Tele N at olympusat.com/networks and Tele N Blog Olympusat – Editorial ContactJesús PiñangoSenior Director of Newsjesus@olympusat.com  ###AttachmentsSLMDAG1_cover_LaMemoriaDelAguaBalnearioLaIsabela_1080x1620SHCERR1_cover_HabitacionesCerradas_1080x1620Jesús Piñango
Olympusat
5618183477
jesus@olympusat.com