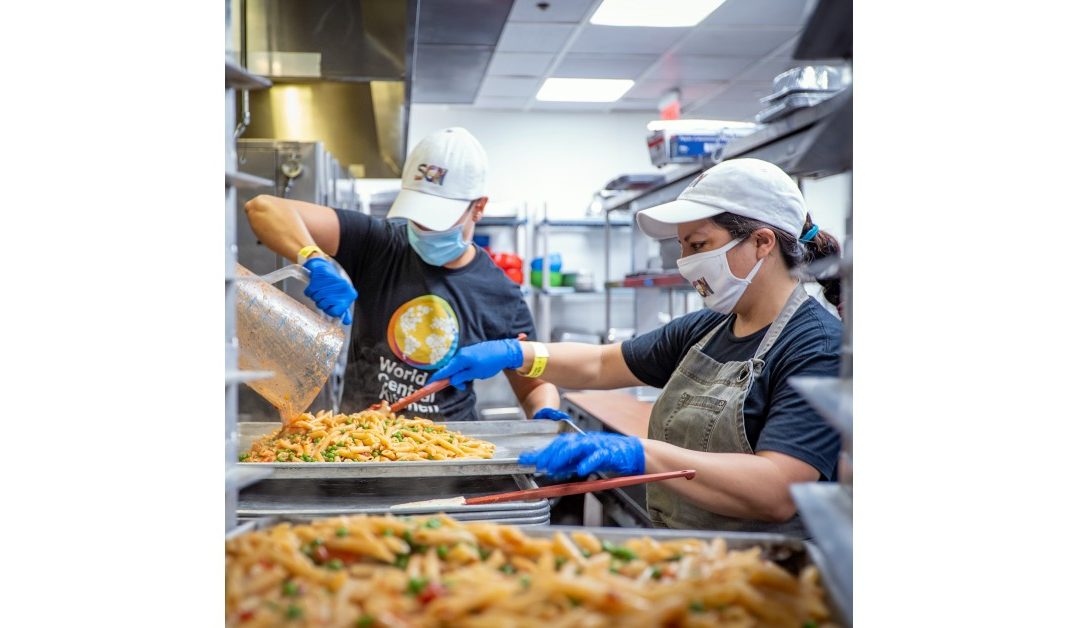 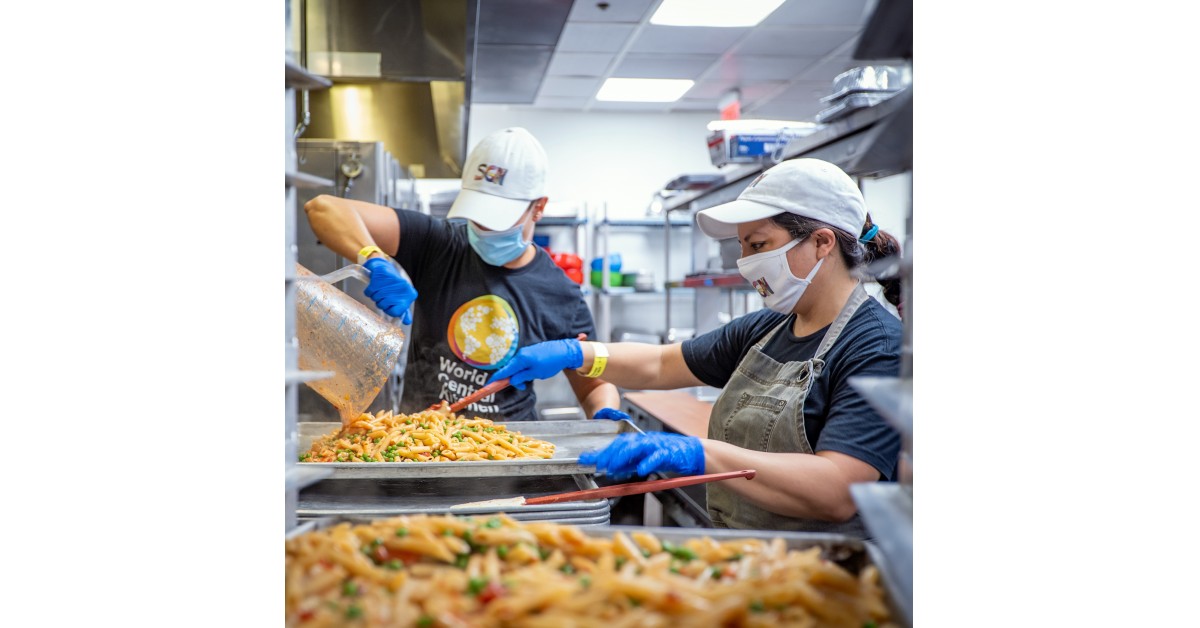 WASHINGTON, September 2, 2020 (Newswire.com) – Emergency food relief is a team sport and 5th Element Group PBC, a global impact accelerator, has stepped up to the plate. Through coordination by 5th Element, this week, World Central Kitchen (WCK), a nonprofit organization that uses the power of food to heal communities and strengthen economies during times of crisis and beyond, received a donation from the SGN community that was matched by The Starbucks Foundation. “Omniwin partnerships are more important now than ever,” said 5th Element CEO Jim Van Eerden. “Stories from the front lines where Some Good News is happening can inspire more of the same.”

For WCK relief team chef Mollie Moore, co-leader of the Nationals Park meal delivery effort that for more than 22 weeks has produced and delivered tens of thousands of free meals every week, it’s the community that really makes things go. “We’ve got a pretty core and hardcore group of volunteers,” said Moore.

Contract chefs from local restaurants work alongside these volunteers, many of them furloughed due to COVID-19 closures. Together, since mid-March, the team at Nationals Park has served over three-quarters of a million meals.

The team behind the team begins with the Lerner family, the only owner of a major league sports facility in the United States to donate the use of their kitchens for COVID-19 food relief. The kitchen staff are kept well-fed with gifts from local restaurant partners, as well as friends and family. “There was a period where there was not a single day without a baked good,” said Moore. And this week the operation was bolstered by a donation from the SGN community, in partnership with The Starbucks Foundation.

The SGN Store, created by Some Good News (hosted in its first season by John Krasinski), is managed by Sevenly.org, which donates all proceeds from purchases of Some Good Merch to organizations including World Central Kitchen. These donations are then matched by The Starbucks Foundation, which has committed to match up to $1 million of SGN Store donations for COVID-19 relief efforts through the end of the year. This partnership between SGN and The Starbucks Foundation is coordinated by 5th Element Group.

The broader community gets a lift too, with World Central Kitchen’s #ChefsForAmerica program. The program brings in local restaurants as partners and pays them $10 per plate for meals that supplement the tens of thousands of meals produced at Nationals Park. In many cases, small businesses that might have otherwise needed to close have been able to pivot to producing meals-to-go, and thus, stayed afloat.

And this effort is not just making an impact in the Washington, D.C. area. World Central Kitchen’s #ChefsForAmerica program has been activated in over 400 cities across the nation, reminding us that when it comes to the fight against COVID-19, we are all on the same team.