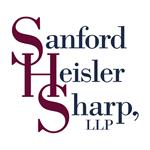 HOUSTON, Sept. 01, 2020 (GLOBE NEWSWIRE) — Today Sanford Heisler Sharp filed an Amended Class Action Complaint against oil and gas behemoth Schlumberger Technology Corporation, the largest oilfield services company in the world, on behalf of women who work on oil rigs in the United States.  The Amended Complaint adds Jessica Cheatham, a former Schlumberger employee who worked on oil rigs in various states, as a Plaintiff and Class Representative.  Ms. Cheatham joins original Plaintiff and Class Representative Sara Saidman.
The Plaintiffs are represented by Michael D. Palmer, Nicole E. Wiitala, and Carolin E. Guentert of Sanford Heisler Sharp and Todd Slobin and Melinda Arbuckle of Shellist Lazarz Slobin.“Despite being employed by Schlumberger at different times and often different locations, the discrimination they experienced is consistent and common,” said Michael Palmer.  “Plaintiffs now seek to put an end to the systemic discrimination and harassment that they and hundreds of other women have suffered while working at Schlumberger.”In amending the complaint to add Ms. Cheatham, Plaintiffs chronicle the gender discrimination, sexual harassment, and retaliation that Ms. Cheatham, like Ms. Saidman, endured throughout her employment at Schlumberger.  For example, according to the complaint, Ms. Cheatham alleges that one of her male colleagues threatened to “bend [her] over [his] knee and spank [her]” and used inappropriate and crude sexual language when teaching her how to use a certain tool (such as describing one part of the tool as “the pussy”).  When Ms. Cheatham complained to Human Resources, she was told, “Guys just do that.  This is a man’s field, so they’re bound to say stuff.”The Amended Complaint details other instances of sexual harassment and gender discrimination, including that one of Ms. Cheatham’s male colleagues told her that she was “one of those girls working in the oilfield, trying to sleep around with men out here.”  On another occasion, Ms. Cheatham was accused of performing “special favors” of a sexual nature in order to get a promotion.  A different Schlumberger employee told Ms. Cheatham that wearing shorts on the rig meant that she was “asking for it.”  Ms. Cheatham also alleges that male workers told her that she did not deserve to work on rigs and, in one instance, called the Schlumberger office to request that she be replaced by a man.Ms. Cheatham alleges that she reported sexual harassment and gender discrimination to Schlumberger on multiple occasions, but her complaints were either discounted or ignored entirely.  The Amended Complaint details how Schlumberger retaliated against Ms. Cheatham for complaining about discrimination, eventually refusing to staff her on any rig unless she accepted a significant demotion and took a position in Alaska.“The addition of Ms. Cheatham as a Plaintiff and Class Representative is further evidence of the pervasive gender-based hostility that exists for women who work in the male-dominated oil field at Schlumberger,” said Nicole Wiitala.About Sanford Heisler Sharp, LLPSanford Heisler Sharp, LLP is a national public interest class-action litigation law firm, which has offices in New York, Washington, D.C., San Francisco, San Diego, Nashville, and Baltimore. Sanford Heisler Sharp focuses on employment discrimination, wage and hour, qui tam, criminal/sexual violence, and financial services matters. The firm represents select individual clients such as executives, lawyers in employment disputes, and whistleblowers. The firm has recovered over $1 billion for its clients. For more information about the firm, call 202-499-5202 or email dsanford@sanfordheisler.com. More information about the firm and its successes can be found at https://sanfordheisler.com/.For more information, contact Jamie Moss, newsPRos, 201-493-1027, jamie@newspros.com.